Home / About Us / Our Story

This is our story:

We – Justine, Tristan and Camille – were raised by our beautiful mother, Paulette Isabel Crowther. Paulette was the second-oldest in a family of seven children and grew up in New Jersey. She moved to New York as a college student, became quickly immersed in the city’s vibrancy, and never left. She loved to experience art, music and New York City culture, and passed on her appreciation for all of these to each of us. 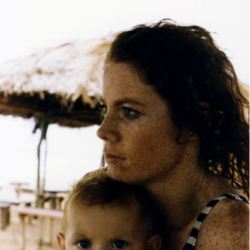 Paulette poured her energy into loving us, laughing with us and making sure we had excellent educational opportunities. Our favorite days were spent with her – walking along Manhattan’s riverfront paths, hanging out on our black-tar roof, cooking a family dinner, laughing about the happenings of our day or swimming in the river by our grandmother’s house in Rhode Island. Although we moved around New York, we were always a unit, and Paulette was our best friend.

Paulette was asymptomatic when she went to her gastroenterologist for a routine colonoscopy at the beginning of March 2008. She’d had a colonoscopy only four years earlier with negative results. According to recommendations for a woman of her age, she was ahead of the game in obtaining routine colonoscopies. Upon receiving the news of an irregular mass, however, she immediately underwent biopsies and tests that indicated the disease was advanced. Her cancer had already spread throughout her lymphatic system. The end of her testing coincided with a family trip we had planned for months. Paulette waited until the end of the trip to tell us.

After a brief period of remission following the first rounds of chemotherapy, we had to ‘borrow’ drugs that were successful in other metastatic diseases like colorectal and breast cancer. These drugs may have slowed the cancer’s development, but only briefly. 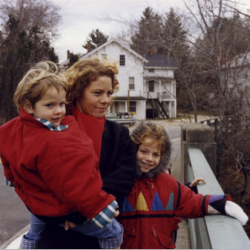 Despite all the emotional and physical frustrations of recurrent cancer, we can count on one hand the number of times Paulette complained. She met each challenge with determination, love and her gap-toothed grin for which everyone loved her. She did not like to be called strong or brave, because she felt that she had no choice but to carry on living as she always had.

For two years, Paulette had her ups and downs, generally feeling weaker but with plenty of good moments. She remained dedicated to her job in public relations at a New York law school. She took a lifelong passion to the next level by enrolling in a Master’s landscape design program in the evenings, all the while undergoing chemotherapy, working full-time and mourning the recent loss of her childhood companion and older brother, Hugh. She took as many opportunities to be with her family as her chemo regimen and busy work and school schedule would allow.

From Christmas 2009 until April 2010, Paulette experienced a steady decline in health. We did not know that she was dying, even though the research we have done since clearly indicates that she was. She was so determined, so fierce, so loving, and had bounced back so many times before, that death seemed impossible to us. But her pain grew to the point where she could no longer work, write or read.

On February 8, 2010 Paulette was admitted to the Intensive Care Unit of a New York hospital after suffering a seizure caused by one of her chemotherapy drugs. In the hospital, we struggled to get her pain medication under control, and Paulette started to recover and began to tell stories and talk again. We brought familiar and colorful fabrics, flowers and books, made funny signs and turned her room into a cozy, 24-hour home. At least one of us slept at the hospital every night.

We stopped her chemotherapy and hoped to get her out of the hospital so that we could start radiation to decrease the pain in her bones. After three weeks, Paulette returned home.

We thought if we could just get through the radiation, and manage Paulette’s pain with medication, we could get her well enough to start a new kind of therapy to save her. We even did a test of metastatic bone tissue to see if an experimental hormonal therapy would work.  But we were soon back in the hospital to treat complications from the radiation. After another several weeks, we brought her home for the last time. 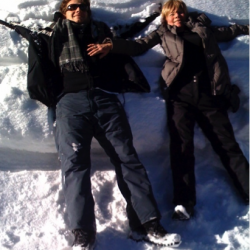 Paulette brought out the best in all of us, even when she was very sick. On Easter Sunday in April 2010, a hospice nurse had arrived to relieve us so we could sleep through the night. Instead of sleeping, we sat in the bedroom for hours telling her how wonderful our mom was. At one point, one of us said, ‘She was so amazing. We wish you knew her.’ The hospice nurse replied, ‘Oh I know. She has her fiancé and her ex-husband cooking together in the kitchen. She has to be amazing.’ Even in the most difficult of situations, Paulette’s love brought the most unlikely people together.

Paulette passed away at home the next day on April 5, 2010, at noon exactly, in our arms.

The Beginnings of Our Organization

In 2010, 20 million men and women in the US will be infected with HPV and 25,000 people will be diagnosed with an HPV-associated cancer. These patients and their mothers, fathers, brothers, sisters, aunts, uncles and friends will be left stumbling in the dark like we were – fighting for life (for Paulette was our life), scared and confused. They will be frustrated by the lack of knowledge among the public (and too often, the doctors), the stigma associated with the disease, and the few therapeutic options that are available to treat the cancer.

Please help us make this mission a reality.