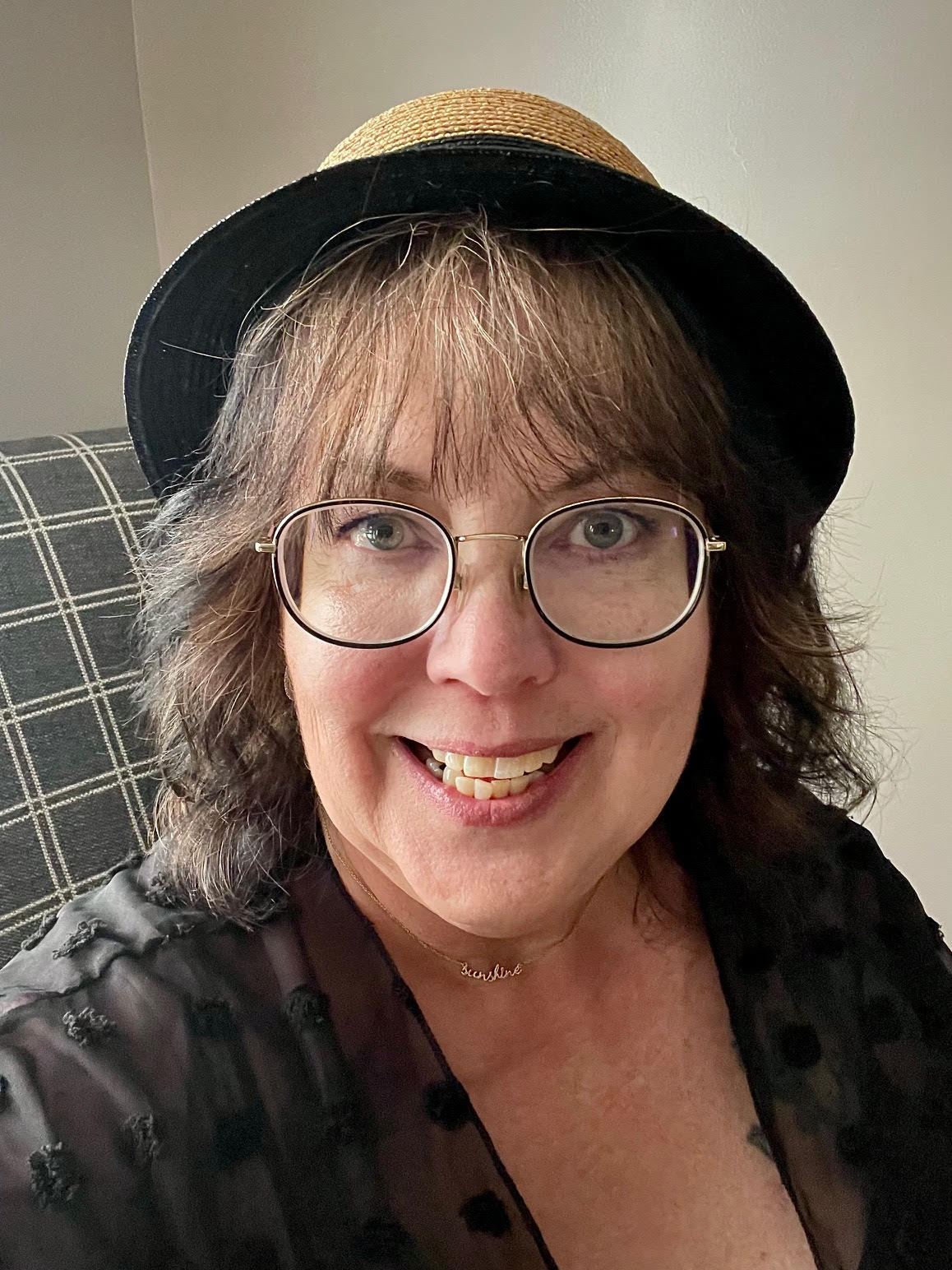 In the early winter of 2012, my PCP asked me to have a screening colonoscopy. After two years of being on my own (alone), time was tight, and money was tighter. If I had to get this procedure done, I wanted/needed it to happen before the end of the year, so there wouldn't be a new deductible. Fortunately, I was able to get scheduled for December 31. Everything went smoothly.

The following day, January 1, 2013, I said ”yes” to my fiancee’s marriage proposal. Paul knew it was right. I, on the other hand, was going in on a (broken) wing and a prayer. I fought extremely hard to NOT fall in love after a traumatic end to my previous marriage.

Seven days later, I learned the diagnosis. Dr. R. found a tiny, yet suspicious, mass during the procedure and sent the biopsy to pathology. Very gently, my surgeon said, ”it's cancer.” I was 52 years old.

I did not
cry.
I COULDN’T cry.
I couldn't breathe.
I couldn't hear or see.
I sat, stunned, and thought, ”how do I wrap my head around THIS?”

After a consultation with oncology, I was scheduled to have a CT/PET scan. That scan revealed an unexpected ”hot spot” at a lymph node. The cancer was deemed aggressive, and I was thankful for the fact I had been struggling financially and, consequently, hurried to get the colonoscopy done. They scheduled me for another biopsy, and the results were inconclusive. It couldn't be ruled out or confirmed, whether the cells were ”at” the node or ”in” it. Staged at 3a, the treatment plan was mapped out, and I desperately tried to swallow the bitter pill.

Enough of the “what ifs”. I had to move forward.

The PICC line was put in, and I began the ”gold standard” treatment of chemotherapy and radiation. By the end of July 2013, I was NED. Also, by the end of July, unexpected side effects began appearing. I became angry! I wasn't mad at God. I wasn't even mad at the cancer. I was, however, furious at what the treatments had done to my body. Overachiever that I am, all of those ”possible” side effects became probabilities. Digestive issues, incontinence, lymphedema, and vaginal stenosis, to name a few. Oh, let's add depression to that list. I did not handle it all very well.

The toughest thing on my journey has been that people SEE a ”healthy appearing” woman before them, and in reality, I fight daily to (somewhat) keep the sequelae under control. And I get tired. I am tired of the fight.

But, thanks be to God, I press on. Currently, in the process of writing a book, I hope my experiences help someone else cope. When I began writing, I maintained that if I had to do it over again, I would refuse the radiation therapy. It had done too much damage. It forced me into a new normal. Ironically, because of the aggressive nature of the cancer, the radiation that I hated had GIVEN me life over the past nine years. And, as I look back through photos of that period, I realize that the moments captured were not just meaningful to me, but also to each person I am pictured with. So, through my writing, I learned to let go of the bitterness and to be grateful.