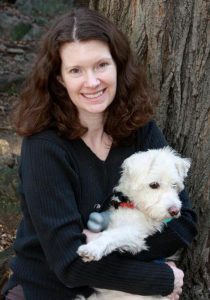 I learned a valuable lesson, go to the doctor right away and do not self-diagnose. Back in 2008 when I had my first colonoscopy, I was told that I had internal hemorrhoids. I thought that is all it was. Of course, it was before vaccines for COVID. I wish that I would have gone to the doctor in January. In September, I made an appointment with my gastroenterologist for a colonoscopy. Fortunately my doctor knew right away that it was not a hemorrhoid. I had never heard of anal cancer until I was diagnosed. Everyone talks about HPV and cervical cancer. I had one abnormal Pap smear in 1992 followed by colposcopy and cervical freezing. I had normal Paps going forward.

I had 30 rounds of chemoradiation. I had two hospital drips of mitomycin and a capecitabine pills M-F six tablets a day. I did not have much hair loss. I believe it was because I used the Paxman cold scalp cap for the two hospital chemotherapy drips. Someone told me they thought the hospital chemotherapy drip caused the most hair loss. I used edibles for any nausea. I did not experience any nausea. I requested the magic mouthwash before treatment. I started using it on the first day of treatment. I did not experience any mouth sores. Around the fourth week of treatment, smells started to bother me, and I only wanted very plain food.

As the radiation continued, the burns got worse. I would say about four weeks in, I started to experience pain. I should have started soaking in baking soda and Epsom salt baths at the beginning of radiation treatment instead of waiting for the burns to set in. I believe it helped with the burns. I remember my perineum was on fire. That was worse than the anus. I had horrible vaginal itching. I got a natural yeast infection medication that worked. I was never on prescription pain pills. I started to prepare my skin in advance of treatment with Aquaphor. I swear by Silvadene cream. It really helped relieve my burn pain.

Before every radiation treatment, I filled my bladder. Filling the bladder is supposed to help protect your intestines from radiation damage. I was face up on the radiation table. I was originally supposed to be face down. I had L4 and L5 fused, so I cannot lay on my stomach.

Right after treatment, I would go straight to the bathroom and apply radiation cream. I also have vaginal moisturizing suppositories that I would insert right after treatment and before I go to bed. I still use the suppositories nightly. I use dilators, and I have a vibrating wand from Intimate Rose. I believe the wand and dilators really help break up scar tissue.

I had a mentor through the HPV foundation. She was so helpful. Also, our journey through treatment is similar and yet varied because everyone responds differently to treatment. My doctors seconded that opinion of everyone responding differently. Ask for a mentor. Find an online support group. We are very open and want to help and support others.