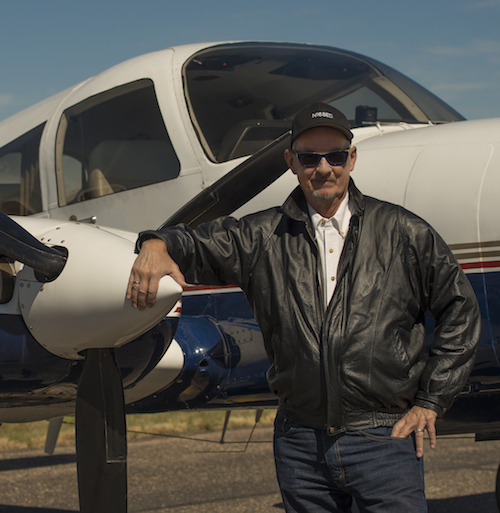 A month later I went back to the doctor and said, “I don’t think this is a hemorrhoid. Hemorrhoids are squishy, this is hard.” She looked again and said “Sorry…” I was sent for a biopsy. It came back squamous cell carcinoma. A PET scan was schedule to see if there had been any metastasizing. The PET scan came back revealing that the cancer had not spread. The tumor was confined to right inside the sphincter. Fortunately, because I had been on top of my own health it was caught at an early stage. The tumor was Stage 1 T1NOMO – which means the tumor was under 2 cms in size (less than an inch) and had not spread to the lymph nodes or elsewhere in the body.

I was set up with the standard chemoradiation treatment. All stage 1,2 or 3 anal cancer gets this treatment (stage 4 is different and only involves chemo, rarely radiation). The treatment consists of 5 or 6 weeks of radiation Monday through Friday (I had five weeks, 25 treatments), concurrent with chemotherapy during week one and week five. During the two chemo weeks I wore a small portable pump slung over my shoulder that would give a continuous infusion for 96 hours during week one and five. A PICC line was installed about a week before treatments began. The installation was non-eventful and the PICC line allowed me to avoid most of the needle sticks chemo people deal with.

I was warned that the course of treatment was “intense” and that it was cumulative – meaning it would start off benign but would increase in intensity as the five weeks passed.

Week one was simple. I had no noticeable effect from the radiation or chemo. In fact, I went to Palm Springs for the weekend.

Week two I still had no noticeable effects from radiation though I had minor side effects from the chemo of the previous week; mild nausea (though I never threw up) and one mouth sore. It was all manageable and I was living my life in a fairly normal manner.

Week three the radiation effects began to be more noticeable. This included skin issues (people call them radiation burns but that term is somewhat inaccurate – but they feel and look like burns). And the notorious radiation fatigue. The fatigue is difficult to explain until you have gone through it. It is an exhaustion that sleep does little or nothing to relieve.

I might add that I went through this treatment alone. My husband, John, died five years ago. I should have asked for more help from friends but I didn’t. Were I to do it over I would be more direct in asking friends to help – particularly with bringing me food. As the treatment progressed going to the grocery store became extremely difficult.

Week four treatments had to be stopped for three days because my white blood cell count went down to .9. I was given three painless injections over three days and after the weekend my white count came back up and radiation resumed. Once the treatments resumed and as week four (now three days off schedule) came to a close I was getting most of the full effects of the radiation. The burns were painful (Silvadene ointment helped a lot). It was hurt to defecate and the fatigue was severe. I would sleep 12 hours and wake up exhausted.

Week five was, to be completely honest, brutal. I had bad burns on my front, on my genitals, and around the anus and the fatigue was overwhelming. I used an Uber to go in for my last week of treatments.

I had been warned that the first two weeks of recovery, after the treatment ends, could be just as bad if not worse because the radiation is continuing to work. The first week was, as told, pretty awful.

But then the second week of recovery, I started feeling a little bit better, certainly not worse. The burns in front were healing and the ones in back were better.

By week three of recovery I was starting to do things again, go to movies, going out to eat.

By week four of recovery I could sense I was on a solid road to recovery.

By week five I felt I was back. The recovery had been faster that I was told to expect. Mind you, I am still somewhat tired. It will take a few months to fully regain all of my strength, but I feel like I have my life back.

Today – 34 days after my last treatment - the doctor examined me and told me the tumor was gone; only a small amount of scar tissue remained. In three months I will have another PET scan to confirm that it has not spread (which would be unlikely since it had not spread before the treatment began).

As I get on with my life and start planning travel for the fall and winter, I look back on what in total was a period of about ten weeks, from getting my PICC line, to my one month checkup after treatment – and if I am really honest there were only about two weeks that were really horrible. And they were horrible, I won’t sugar coat it. But my prognosis is excellent. I hopefully will have no reoccurrence. I’m 71 years ago and I have gained perhaps another 10 to 15, who know maybe even 20 years of life. Being totally miserable for two weeks seems like a small price to pay for another couple of decades on the planet.