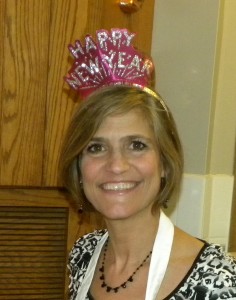 My name is Karen. My journey started in the early autumn of 2009, even though I had no idea I had begun a new chapter in my life. The small things, in hindsight (pun intended), are the telltale signs that life will never be the same. The summer had been what a summer should be; no work, road trips, friends, beaches, amusement parks and junk food on a stick. It had been a difficult spring for me so I had planned for a blow out summer. At 49 years old I had been experiencing perimenopause symptoms so the spring nights were hotter for me than August in Atlanta. The other symptoms, that made me want to be a man (and I never envy manhood – trust me) had abated by June and thus I started planning roadtrips that would take me into the autumn. In the autumn, then, when I began experiencing symptoms of hemorrhoids, I assumed it was also a part of perimenopause and self-treated with typical over the counter products.

After six weeks or so, the mass was very large and the pain was impacting my life, so on the insistence of my fiance, I went to a doctor. The irony was that the doctor told me it wasn’t cancer (which had never even entered my mind) but referred me to a surgeon, who, two days later, informed me that she suspected anal cancer. Now I had never even heard of anal cancer until that summer when news of Farrah Fawcett’s death from it hit the air. Needless to say I was terrified. Anal cancer isn’t easy to talk about either – people didn’t want to hear it and when they asked about my cancer, they were at a loss for words when they heard. Treatment for stage IIIB cancer isn’t any fun either but then I suppose no cancer treatment is a walk in the park. In January of 2010, I had a colostomy and then began simultaneous radiation and chemotherapy the day I got out of the hospital with my new ‘appliance’ (colostomy bag). It was my good fortune, or so my oncologist told me, that I was in perfect health except for the 7cm tumor hanging off…well..you know where. So they treated the cancer very aggressively; I had radiation daily for 33 days along with two rounds of chemo where I had a bottle attached to my arm for a week during each round. When I looked in the mirror, I no longer knew myself…a pouch hanging off of my stomach, a bottle hanging from the newly installed port in my arm, my bottom so badly burned that I couldn’t bear to wear anything but the baggiest sweat pants, which I suppose was a blessing since I had lost so much weight that none of my clothing fit anyway and my hair was falling out in clumps. It was not a pretty sight, as you can well imagine. But my fiance (now my husband!!) stood by me throughout and my doctors were proactive about making me as comfortable as possible. Their tenacity forced me to have more stamina than I ever thought I could and I came through treatment in a way that even surprised my oncologist, who now calls me her miracle patient. As much respect and genuine affection as I have for her I am looking forward to the day that she tells me I no longer need to see her! So far I’ve had one year go by without any evidence of tumors – I’m looking forward to spending a lifetime with my new husband and without any more evidence of tumors!”